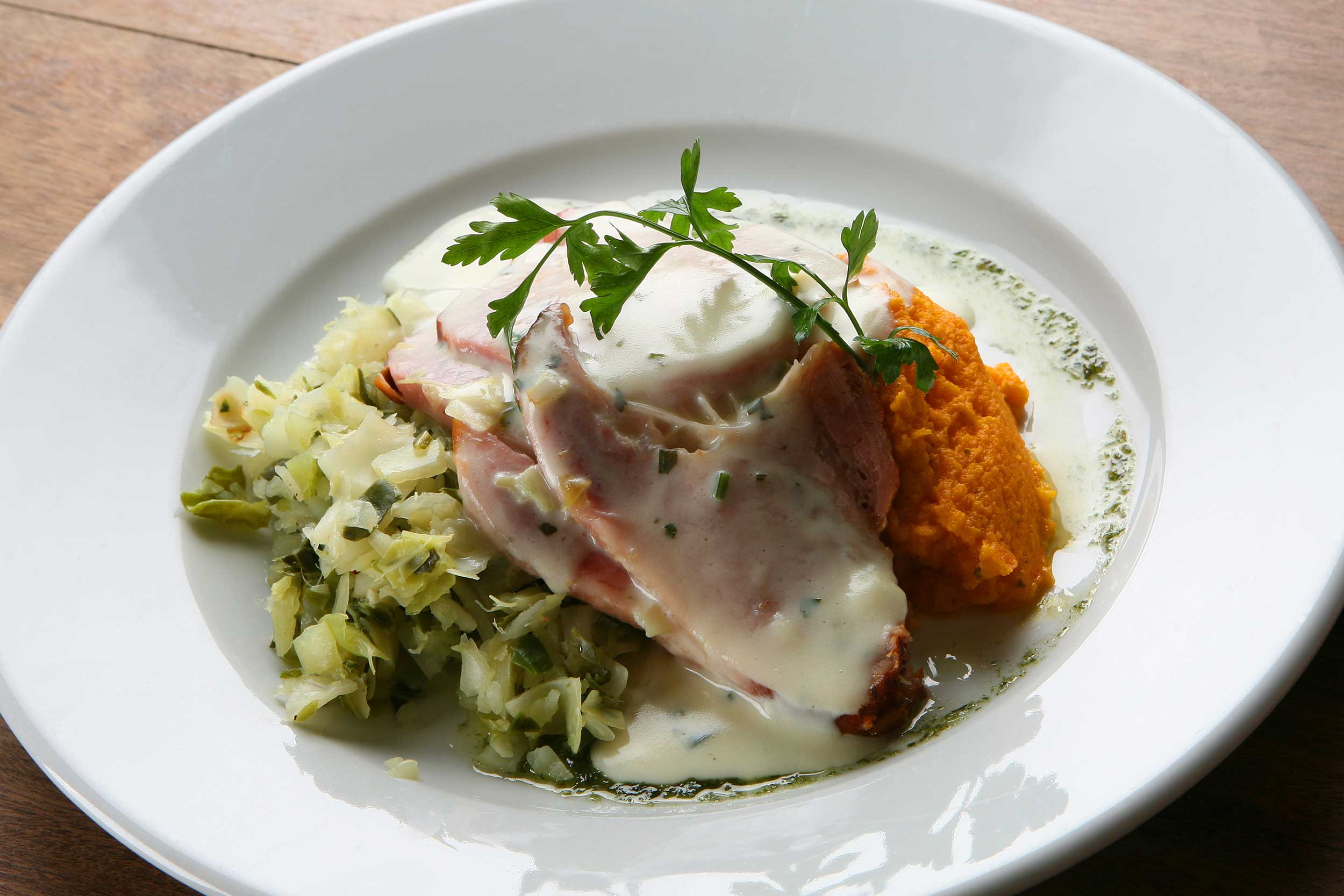 Bacon and Cabbage is renowned as one of Ireland’s best known traditional Irish recipes.

Most Irish families in times past would keep a pig and he was known as the ‘Gentleman who pays the rent. Once it had been fattened up over the Summer the pig would be sold to the market and the money from that sale was a major contributor to that all important rent payment.

So meat was a luxury for most. Whatever was produced in the house was sold on to pay to help pay the rent. But if you were a wealthier farmer and had made enough money from your crops and labour to pay the rent outright then you might not have to sell the pig in November and you could keep it.

The pig would be slaughtered and the meat would then be distributed to your neighbours and when they killed their pig they shared their pig with you. There was no refrigeration at the time so you could not keep the meat , everything had to be eaten fresh and it made sense to have a roster system for killing the pig so everyone had fresh meat and it bound a community more together. They actually called them ‘meat clubs’

They ate every part of the pig the only part not eaten was the squeal! Even the bladder was blown up and used as a football by the boys.

The one part you kept for yourself was the ham which was salted down and then hung above the fire to give it that nice smokey flavour. This became your bacon which was the special Sunday dish of the tenant farmer. The bacon would be put into the cooking pot and potatoes and cabbage were added to make this delicious traditional Irish recipe. Bacon, Cabbage and Potatoes.

Irish farmers Had a meal called ‘potatoes and point’. While eating their potatoes for breakfast lunch and dinner every day during the week they would point their potato at the bacon hanging above the fire and go ‘Aaahh we’re having you on Sunday ‘ in the hope of getting the flavour of the bacon to move across the room into their spud!