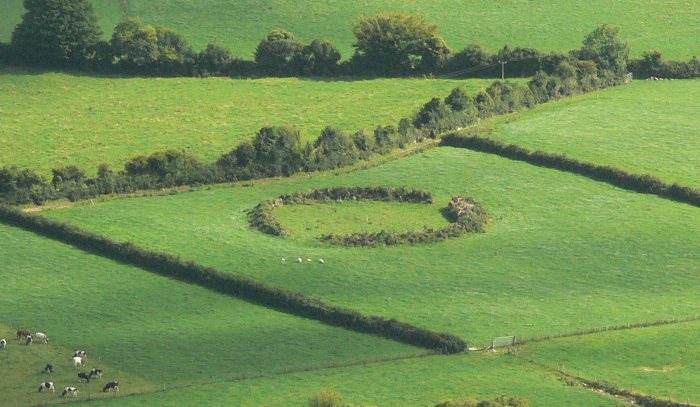 Five things you did not know about the fairy world

The little people with power to enchant , befuddle and outwit humankind were the literal shrinking of the pagan gods of Ireland with the arrival of Christianity. From this time the gods lost their power and receded into legend and fairy tale , retaining magical powers and the imagination of the people. They were seen as swift to bless and quick to anger thus symbolising the combination of good and evil, both harbingers of fortune and misfortune, therefore they must be respected and placated.

In Ireland long ago boys wore dresses to protect them from the fairies. If a child died it was often believed that the fairies had abducted him and bought the child back to their world. It has been proved in medical science that in poorer societies boys are more likely to die than girls through still births, miscarriages and early stages of life so maybe this is where the belief system came from . As a result boys were disguised as girls to confuse the fairies and so boys wore dresses . We still see it today at christenings with boys and girls both wearing the long dresses.

There are thousands of ‘fairy forts’ scattered around Ireland today because of the superstition that you do not touch the homes of the fairies or they will reek revenge. These are the old homesteads of the Irish known as’ ring forts’. They are a circular enclosure surrounded by an earthen or stone bank and they were designed to protect your cattle at night time form cattle raiders and wolves. As time passed people moved out into more open forms of habitation and it is said the fairies then moved in making these ring forts their new homes. They are now called ‘fairy forts’ . They say the fairies are the greatest protectors of Irish archeology because farmers refuse to touch them.

Fairy music was said to be the most beautiful music in the world and that when humans heard it they could not stop dancing, Lots of stories of girls being bought back to the fairy world and they start playing their beautiful music. She can’t stop dancing all night long to this beautiful sound and the poor thing is returned home the next day absolutely exhausted. The mischievous fairies, using humans for their entertainment ! Some return from fairy world and discover that years have passed what was for them but minutes in the fairy kingdom. Time being different in their world.

The Whitethorn tree is also known as the’ Fairy tree’ and it comes out in a beautiful while flower in May . It was said the fairies would be dancing around them to celebrate the arrival of summer and if you have one on your land you leave it well alone as you will upset ‘them that do be in it’. Whitethorn’s are often used as hedgerows in Ireland but there is not a huge amount of folklore around these. However a tree on its own in the middle of a field or a lone tree up the side of a hill , that is different. Anything that stood out was believed to have magical powers . Once again there are thousands of Fairy trees scattered around Ireland today on land that could be used for crops . They are left untouched because farmers are wary of cutting them down and upsetting the fairies . Bad luck will surely follow.

When twilight falls and music calls,
And magic al the world enthrals
Come watch with me the hosts of shee
Who dance beneath the fairy tree.

If you are ever in Ireland and interested in finding out more about Irish life in times past and our wonderfully rich culture of folklore and storytelling we would be delighted to welcome you to our ‘Evening of Food , Folklore and Fairies’ . The evening takes place in an intimate candlelit setting in O’Sheas Traditional Irish Pub.