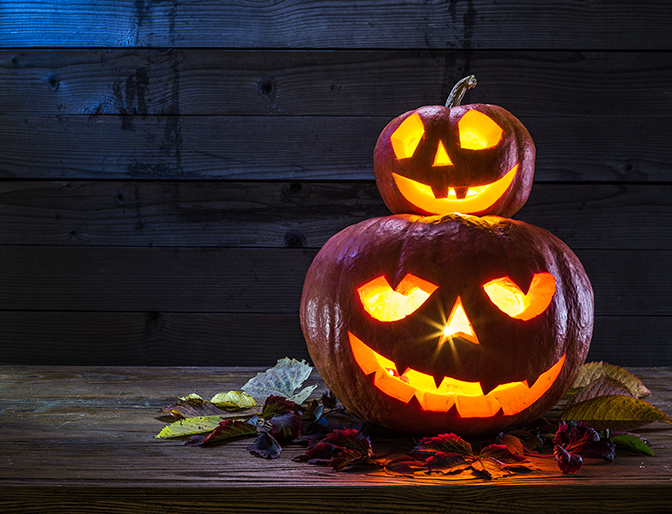 The Halloween traditions we celebrate today originate from the Celtic pagan festival called “Samhain” meaning “end of summer”. It marks one of the two great doorways of the Celtic year, for the Celts divided the year into two seasons: the light and the dark, at Bealtaine on May 1st and Samhain on November 1st. Some believe that Samhain was the more important festival, marking the beginning of a whole new cycle.

The Celts believed that the passage of a day began with darkness and progressed into the light. The same notion explains why Winter The season of long, dark nights marked the beginning of the year and progressed into the lighter days of spring, summer and autumn. So the 1st of November, Samhain, was the Celtic New Year, and the celebrations began at sunset of the day before ie its Eve.

In the 7th century Pope Boniface, attempting to lead his flock away from pagan celebrations and rituals, declared 1st November to be All Saints Day, also known as All Hallows Day. The evening before became known as Hallows’ Eve, and this explains the origin of the name ‘Halloween’.

Halloween traditions in Ireland had three distinct elements. Firstly, it was an important fire festival, celebrated over the evening of 31 October and throughout the following day. The flames of old fires had to be extinguished and ceremonially re-lit by druids. The community would gather together and light huge fires to ward off bad fortune for the coming year and any evil spirits. The declining strength of the sun was a worry at this time of the year and the fire was man’s effort to use its earthly counterpart to assist the sun in its journey across the skies. 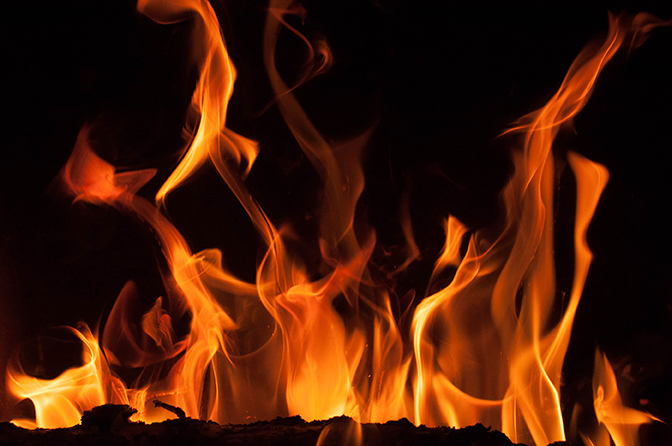 To our pagan ancestors it marked the end of the pastoral cycle – a time when all the crops would have been gathered and placed in storage for the long winter ahead and when livestock would be brought in from the fields and selected for slaughter or breeding.

But it was also, as the last day of the year, the time when the souls of the departed would return to their former homes and when potentially malevolent spirits were released from the Otherworld and were visible to mankind. Being ‘between years’ or ‘in transition’, the usually fairly stable boundaries between the Otherworld and the human world became less secure so that puka, banshees, fairies and other spirits could come and go quite freely. There were also ‘shape shifters’ at large. This is where the dark side of Halloween traditions originated.

People disguised themselves as the dead or evil spirits so then if the spirits happened to be wandering the earth and bumped into someone they might think they were spirits themselves and let them go free. This is where our Halloween traditions of dressing up comes from. There was also a belief that the spirits of the dead should be offered food if they came to your home and in return they would communicate with the deities of the underworld to ensure a good harvest for the following year.  From this we get children dressing up as the dead ‘trick or treating’.

People used to make evil faces out of turnips and put a candle or burning piece of turf inside them to keep any evil spirits from their home on Halloween night.  When the Irish went to the new world and bought their celebration of Halloween with them they found pumpkins were a lot easier to work on!

The night was also believed to be full of portents of the future so as part of the Halloween traditions that night many divination games were played  particularly by the young girls. Will I get married or will I have to emigrate and if I do get married will it be a good match or a bad match? Girls would be blindfolded on Halloween night and lead out to the cabbage patch. The first cabbage they pulled from the ground would describe their future partner. Dirty or clean, healthy or scrawny!

Girls were told to place hazelnuts along the front of the fire grate, each one to symbolize one of her suitors. She could then divine her future husband by chanting, “If you love me, pop and fly; if you hate me, burn and die.”  Dramatic stuff!

The festival of Halloween was bought to America by Irish immigrants and is now celebrated in the new World as well as many other countries that have embraced this mystical celebration of the Celtic New Year.