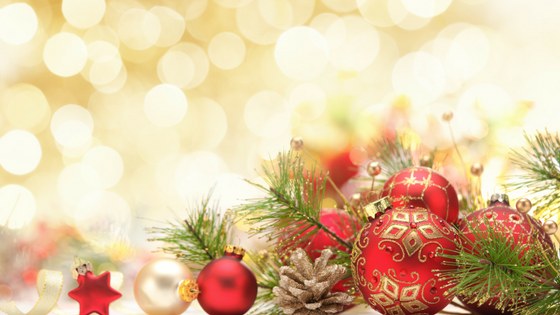 There are many wonderful Irish Christmas Traditions around the festival of Christmas from Ireland long ago. Of all the Christian festivals Christmas was considered to be the most important.

The house and farmyard were cleaned out to get ready for the celebrations and welcome friends and family to your home . The men would be responsible for cleaning everything outside of the house and the women everything else inside of it. All of the structures would receive a fresh coat of whitewash, and linens, furniture, pots and pans would be washed, scoured, scrubbed or polished until they were spotless.

It was up to the children to scout the countryside for appropriate decorations and good holly was greatly prized. Finding a holly bush with lots of berries was considered a harbinger of good luck in the coming year. Holly was also used because it allowed poor people to decorate their homes in the same way as those who were better off. The bush was so common in Ireland in winter there was plenty for everyone. The placing of a ring of Holly on doors originated in Ireland.

Another major Irish Christmas tradition was that country people went to the Christmas market with their butter, eggs, hens geese, turkeys and vegetables and with the money from this they purchased meat, dried fruits, spices ,sugar, tea, tobacco, whiskey and sweets for the children. Country people bought gifts of bacon, fowl and eggs to friends in the town who reciprocated with ‘town goods’ .

Sons and daughter who were working away from home were expected to return. Many looked forward to the ‘American letter’ which hopefully contained a substantial sum of money sent home by a family member working in America that often cushioned many Irish families against difficult times.

Roast or boiled beef was the most popular dish at Christmas. Meat was given by wealthier farmers to the poor who could not afford it as it was believed that no family should be without meat on this festive occasion. The meat was preserved in ‘corns’ of salt from which we get the word ‘corned beef ‘. The more prosperous farmers of Leinster and Munster had goose and chicken in addition to beef together with cakes , puddings and pies.

If it snowed on Christmas eve the children were told it was the geese being plucked in heaven! The meal for the next day was prepared and candles were lit through the house . In some areas they were to show Mary and Joseph that unlike the Inn of Bethlehem they would be welcome in this house . Candles were also lit to welcome deceased members of the family returning to visit the home for Christmas Eve. Windows were often full of lit candles and children would be taken up to higher ground in the dark to see the whole landscape lit up by these candles shining out of the small cottages below.

When all preparations were completed the celebration for Christmas proper would begin with the cutting of the Christmas cake and production of tea , punch and other beverages. Sweets and apples were given to the children and the whole family would sit around the fire in good humour until it was time for night prayers and bed.

People went to early mass on Christmas day to get back early for preparation of the meal. You would see many people before dawn setting out for church. On returning the women started cooking while the men stayed outside and engaged in some sport usually hurling.

The Christmas meal was the biggest and most elaborate meal of the year and the housewife took great pride in it. After dinner they sat around the fire chatting , singing and telling stories. It was a wonderful family occasion and full of merriment.

It is still the most festive time of the year Ireland today.