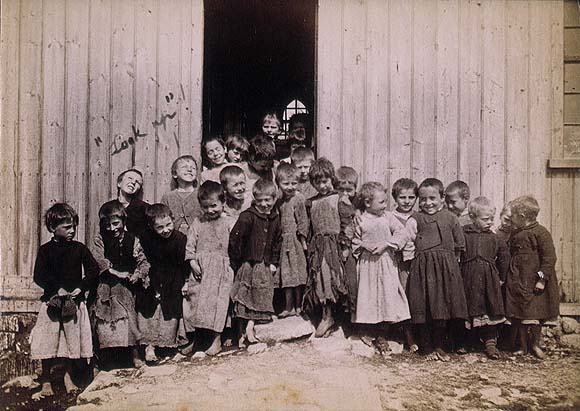 In Ireland long ago it was believed that children were sometimes taken by fairies and replaced by a sickly fairy child called a ‘Changeling’. But what exactly is the purpose of a fairy changeling? It basically helped explain weak or sickly children. The stolen babies were returned to the families, especially when a person can expose the true nature of the changeling. One way to recognise them is to place them on a fire and chant a formula. If it is a changeling, it would leave, climbing up the chimney. The healthy child would then be returned. This belief system helped explain that if child got better then the fairies must have taken away the changeling and returned their real child. Once again the fairy world was used to help explain the unexplainable in people’s lives.

Changeling belief was also used to explain difficult children. Imagine mental issues for children such as autism or ADD being explained back then as a fairy changeling. It is a way of dealing with these things when people did not have the medical knowledge we have today to explain unexplainable problems with their child.

In Ireland long ago there was very high mother and child mortality during birth. These deaths were then explained as abduction by the fairy world. The fairies have chosen to take my loved one away and now they are living out the rest of their life in the fairy world. Rather than beating yourself up for things you had no control over you could say it was the actions of the fairies and get on with your life, very practical, let yourself off the hook.

It was believed that boys were in more demand than girls in the fairy world and it has now been proved in medical science that in poorer societies boys are more likely to die than girls through still births miscarriages , early stages of life so maybe this is where the belief system came from. As a result boys often wore dresses to make them look like girls and so confuse the fairies.

We still continue this tradition today at christenings where baby boys as well as girls wear dresses. You protect your loved ones at their most vulnerable time from unseen forces. We are carrying on traditions from back them today and we are not even aware of it.