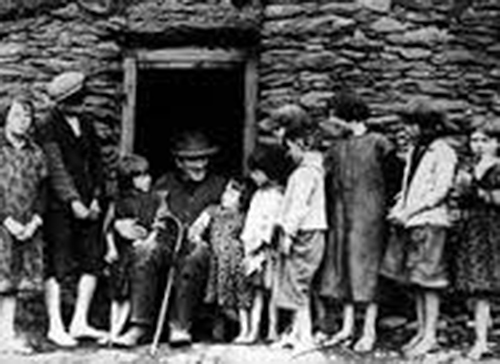 Many Irish people have a wonderful power of memory in telling stories . This is shown in the strength of an oral tradition developed long ago in a world that lacked material goods but cherished things of the spirit, mind and the imagination. From this tradition Irish people have learnt the magic of words and through this developed a wonderfully creative oratory with colourful language.

Throughout history, before most people could read and write, stories, told by firesides and in village gatherings, were the mechanism by which we handed down laws and values, religions and taboos, knowledge and wisdom. They bought people together and reinforced their sense of community as well as providing amusement during long winter nights. 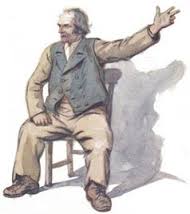 Every door was open to a neighbour or stranger and if they arrived at meal time food was happily shared by the hosts who believed it was a sacred duty to be hospitable. This is still very much part of the renowned friendliness of the Irish people today.

At the end of the day people did not sit around at home on their own. They would gather around the fire in certain ‘ rambling houses’ close by and entertain each other with stories and gossip while the young would dance to tunes. The English used to wonder why the Irish were so happy despite their poverty and it was because that had this rich sociability in their lives.

Big excitement if a stranger came into town with new stories or news from the outside world. No TV’s or newspapers back then so people were hungry for news. Sit him down give him a feed and tell us what’s going on out there!. There was even more anticipation when the ‘seanchaí ‘ bearer of ‘old lore’ came into town. These were professional storytellers who could take people away onto another world of the imagination with the power of their words. People would flock to the house to hear him.

The ancient myths and legends which had travelled orally from all over Europe, India and North Africa were told and retold from generation to generation and were a wonderful way for children and adults to connect with some glorious past and feel a sense of belonging to a long line of humanity. Added to this there was a treasure house of highly imaginative tales and legends concerning heroes, fairies , giants, demons, witches, and hags .

Legends grew around every element in the environment creating a mystical world that lived all around the people. In this world of magic birds and animals, trees and flowers, the wind and the rain were endowed with miraculous powers and were treated with due respect. People believed they were surrounded by the supernatural and their stories simply reinforced this.

Stories helped people make sense of the world around them when they did not have the scientific knowledge to explain so many unexplainable occurrences . The lore gave an order to things and with that came peace of mind.

Storytelling provided an important escape from a hard life and material poverty. Poor people have no wealth or comfort to keep their thoughts bound to the things around them and so they were happy to escape into another world of the imagination where anything was possible; and swans can turn into kings daughters, lovers can fly on the backs of eagles. and a journey into the other world is perfectly possible.