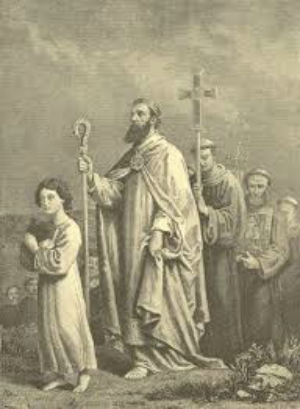 The story of St Patrick

He was born in the second half of the 4th century however there is no certainty about the actual year he was born . He lived somewhere along the West coast of England and was the son of a Roman British army officer called Calpornius. Patrick’s original name was Maewyn Succat.

Despite this family involvement in the church, the young Patrick was not a believer. His life was ordinary, and completely unexceptional, until the age of 16. However this all changed when he was kidnapped, along with many others, by Irish pirates who used to raid the English coastline regularly and was sold into slavery in Ireland. He spent the next six years on Mount Slemish in County Antrim , working as a herdsmen of sheep and pigs. 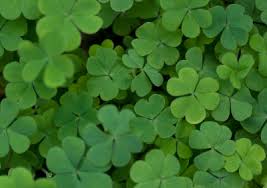 During this period, where he was often cold, hungry and lonely he became increasingly religious. He considered his kidnapping and imprisonment as a punishment for his lack of faith and spent a lot of time in prayer . It is said that he became somewhat of a mystic so intense was his prayer life and his constant communication with God.

One night he had a dream that persuaded him to stow away on a boat bound for Britain where Patrick escaped back to his family. He often still thought about the Irish and it is said that he was tormented by the “Voice of the Irish” whom he had heard calling in the night “Come back to us Patrick.”

Patrick now believed he had a religious calling and so was ordained a priest . He spent 12 years studying in Europe where he learned Latin and French. Pope Celestine made him a bishop in 432 AD and gave him the name ‘ Patritius ‘ meaning ‘ Father of the people ‘ . He would forever be known after this as ‘ Padraig ‘ in Ireland which is the Irish for Patrick.

He returned to Ireland as a bishop sent with the Pope’s blessing and landed at Strangford Loch, Co. Down. Although he is often credited with having brought Christianity to Ireland, he was not the first to have done so. An earlier mission had seen Palladius preach to the Irish.

Over the next 20 years Saint Patrick travelled the country, setting up small monastic settlements and remaining there for a month preaching daily about the kingdom of heaven and baptising any who accepted the gospel . He would then pick those who excelled in their faith to be in charge of the new religious community. Later on the best of these deacons were consecrated as bishops He was also successful in setting up dioceses in larger towns as he journeyed throughout the island of Ireland. This laid the foundations for the Catholic church in Ireland that not only evangelised the people but established the first educational infrastructure in a society that previously had none. 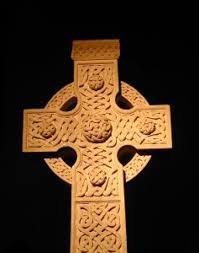 St Patrick had a good knowledge of Irish , learned during his 6 years of captivity here which made it easier for him even though an outsider, to spread the word of the Gospel.

However, Patrick first had to make the people understand the doctrine of the Trinity, that there are three persons who make up one divine God – the Father, the Son and the Holy Spirit. He drew an analogy by plucking a shamrock from the ground and showed that the three leaves were on only one stem. The shamrock is still very much associated with St. Patrick and is traditionally worn on St. Patrick’s Day. It is also Ireland’s national emblem. The shamrock is considered a good-luck symbol by many people worldwide.

Saint Patrick is also the one who left us with the Celtic Cross. When he began to evangelize he found that many of the pagans had worshipped the sun and so he incorporated the sun into the Latin Cross.

By the time he died, on 17 March 461 he left behind an organised church, and an island of Christians. This date – 17 March – has been commemorated as St Patrick’s Day ever since. 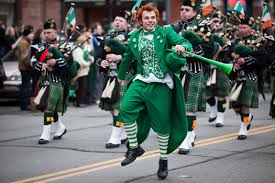 When the Roman empire fell 16 years after his death, Europe entered the Dark Ages. Ireland’s now well established Christian community on the edge of the continent untouched by the chaos of the Dark Ages, meant that as the old Christian order was collapsing, Ireland was a ‘light of civilisation’ to the rest of Europe . Irish monasteries became great centres of Christian learning at this time and tirelessly recorded Europe’s knowledge, culture and literacy when much of it would have been lost forever. Irish monks also became missionaries , travelling throughout the continent keeping the Christian faith alive. It is ironic that the last people to be converted to Christianity in Europe actually helped save it. This is St Patricks great legacy.

St Patrick’s day has become the best known celebration of any saints feast day throughout the world and Irish and those who ‘wish they were Irish ‘ continue to come together in their millions every March 17th to celebrate this humble Christian missionary.