Things to do in Dublin

Is this your first time in Dublin and you are not sure where to go? Here are the Top 10 things to do in Dublin that we are happy to recommend for you to enjoy during your visit to this wonderful city.

Kilmainham Gaol is one of the largest unoccupied gaols in Europe, covering some of the most heroic and tragic events in Ireland’s emergence as a modern nation from 1780s to the 1920s.

If you have any desire to understand Irish history then a visit to this former prison is an absolute must. This threatening grey building, built between 1792 and 1795, has played a role in virtually every act of Ireland’s painful path to independence.

Leaders of the uprisings against English rule from 1798 to 1916 were all confined in Kilmainham. However it was the executions of the leaders of the final uprising 1916 that most deeply etched the jail’s name into the Irish consciousness. Of the 15 executions that took place between 3 May and 12 May after the revolt, 14 were conducted here. Prisoners from the Civil War were also held in the prison from 1922. The jail closed in 1924.

An excellent audiovisual introduction to the building is followed by a thought- provoking guided tour of this unique attraction. 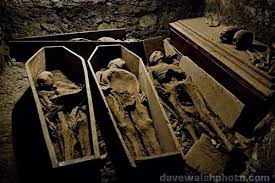 St Michan’s Parish Church in the heart of inner-city Dublin. Divine worship has been offered on this site since 1095 and continues today. However the best part of this church is underground where there are five long burial vaults dating back to 1685 and containing the mummified remains of many of Dublin’s most influential families in 17th, 18th and 19th century . The constant dry atmosphere has caused the mummification of the bodies and the preservation of the coffins.

It is a wonderfully eerie setting. In one vault you can see the remains of a 400 year old nun and also the 650 year old remains of another body called “Crusader” who is 6ft 6 inches tall! a giant for that time You even get to rub his thumb for ‘good luck’ . The guide is hilarious and suits this place perfectly. A visit to these Crypts to see the historic mummies is a remarkable experience.

The Chester Beatty library is the the only museum in Ireland to win ‘European Museum of the Year’ and is located in the grounds of Dublin Castle.

The museum houses the private collection of Chester Beatty who travelled Asia, the Middle East, North Africa and Europe in the early 1900’s , collecting rare manuscripts and artefacts which have resulted in this unique collection of the artistic treasures of the great cultures and religions of the world.

Egyptian papyrus texts, beautifully illuminated copies of the Qur’an, the Bible, European medieval and renaissance manuscripts are among the highlights on display. The exhibition captures much of the richness of human creative expression from about 2700 BC to the present day.

The National Botanic Gardens is a lovely places for a gentle stroll on a nice summers day and has a fine plant collections holding over 15,000 plant species from all around the world.

There are exquisitely restored and planted glasshouses full of tropical plants and you can simply stroll around the gardens , discovering lovely spaces full of beautiful flowers, water features and rockeries . The gardens are home to over 300 endangered plant species including 6 species, which are already extinct in the wild.

Powerscourt Gardens in County Wicklow have been voted the third most beautiful gardens in the world by National Geographic . The gardens have been designed to blend in with the surrounding landscape and have been nurtured and developed over the past 250 years.

The main feature is the wonderful terracing created by Daniel Robertson who was one of the leading proponents of Italianate garden design which was influenced by the terraces and formal features of Italian Renaissance villas and perfected in gardens in France and Germany. He is said to have suffered from gout and directed operations from a wheelbarrow, fortified by a bottle of sherry. When the sherry was finished, work ceased for the day! The terraces sweep down to a beautiful central pond with a stunning view of the Sugar Loaf mountain as a back drop.

You can stroll along carefully designed walks to enjoy the wonderful variety of trees from all over the world that have been planted here over the years and have thrived in Ireland’s mild damp climate . There is a beautiful Japanese garden as well as a charming walled garden full of colourful flowers and even a pet cemetery. The gardens boast an amazing collection of statuary, ironwork and other decorative items.
There is an Avoca cafe in Powerscourt House which serves delicious food. You can sit outside on the terrace in the sun while enjoying stunning views of the surrounding Wicklow mountains.

Irish Catholics had no cemeteries of their own in which to bury their dead and the Penal laws introduced by the English to suppress the catholic population put heavy restrictions on public performances of catholic services for their dead. Daniel O’Connell the great liberator eventually pushed for an opening of a burial ground in which both Irish Catholics and Protestants could give their dead dignified burial.

Glasnevin Cemetery was consecrated and opened to the public for the first time in 1832 and now covers 124 acres. It has become Ireland’s most historically important burial site and most of the leading names of the last 150 years are buried here, including Daniel O’Connell and Charles Stewart Parnell. It has now become the final resting place for over 1.5 million people.

The history of the cemetery is told in wonderful, award-winning detail in the museum and we highly recommend taking one of the daily tours (11.30am, 12.30pm & 2.30pm) where the rich stories of some of the people buried here are brought to life by very entertaining guides. 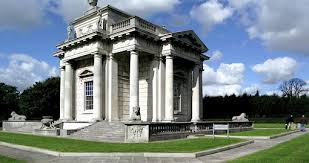 Built by 1st earl of Charlemount, James Caulfield and inspired after his 9 year grand tour of Italy and Greece where he fell in love with all things Italian it is regarded as one of the finest 18th century neo-classical buildings in Europe. It was completed after 25 years in 1775.

Seen from the outside, the building has the appearance of a single roomed structure, with a large panelled door on the north elevation and a single large window on each of the other elevations. This is all illusion, however, as it actually contains 16 rooms on three floors!

The casino is not a place of gambling and the word comes from the Italian word for ‘Little House’ The building is a wonder of small architecture with each finely decorated rooms made look larger by endlessly rich tricks in the design and lay- out of each space. 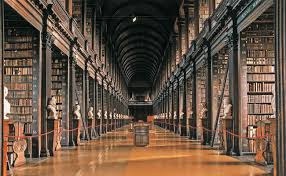 Trinity college was granted a charter in 1592 on lands just outside the city walls. The aim was to establish a college in Dublin to educate Dubliners and avoid them heading across to Europe for their education where they might be infected by ‘popery’ . The site is now right in the city centre and it is quiet surreal to leave the busy streets of college green and head through the front gates into an oasis of calm with wonderful squares created during the Georgian building frenzy in Dublin in the 18th century.

It is also home to one of the world’s most famous – and most beautiful – books, the gloriously illuminated Book of Kells, a 9th-century gospel manuscript famous throughout the world. You are also free to proceed upstairs to the magnificent long room which houses 200,000 of the Library’s oldest books in its oak bookcases, covered by a wonderful wood vaulted ceiling.

This is a great way of learning about Ireland ‘s unique national sports of hurling and football . You will learn all about the rules and skills of the game from expert qualified coaches and then go out and play!

If there is a game on in Croke Park , the national stadium for Gaelic Games , we highly recommend you go along to experience the excitement and passion both on and off the pitch. 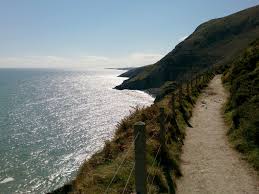 Take the Dart train from Dublin city centre out to Bray and then follow the promenade walk along the sea to Bray Head. From here you can follow a stunning 7km coastal path with beautiful views of the sea to the village of Greystones . The walk takes about 2 hours and the path is well maintained.

When you arrive in Greystones make your way up to the main street and enjoy delicious organic vegetarian food at the ‘Happy Pear Cafe’. It always has a great buzz here and you can sit outside on a summers day and watch the life of this quaint village pass you by. Make sure to try their chocolate brownies – delicious! You can return by light rail (DART) from Greystones back to Dublin.

We hope you will get to visit some of these wonderful things to do in Dublin and that you have many happy memories of your time here.